In 1978 a then totally unknown teenage girl topped the UK Singles Chart with her debut single Wuthering Heights and in doing so became the first female artist to achieve a UK number one hit with a self-penned song. In 1980, aged 20 she was also the first British female solo artist to to enter the album charts at number one with Never For Ever, her third studio album. Her career currently spans five decades and she has had twenty five UK Top 40 singles in that time. As a singer, songwriter, musician, dancer and record producer she has been a groundbreaking artist in the truest sense of the word, often laying bare her soul in her songwriting and she is someone who has never been afraid to take risks creatively.

Finding Kate is a large, beautifully produced coffee table book that sets out to visually and textually explore her eclectic and often experimental musical style, her unconventional lyrics and in doing so celebrate the genius of one of the true icons of British music – Ms. Kate Bush. 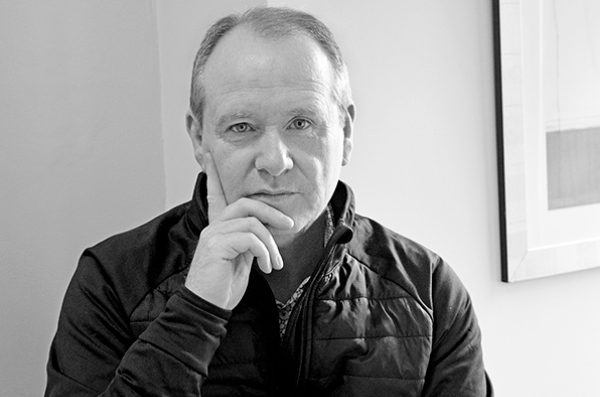 We are heartbroken to let you know that Michael sadly passed away on Christmas Eve after a short illness.

Michael was incredibly passionate about Kate Bush’s music and about the artist herself. He was driven to share this passion with fellow fans and also hoped he might draw in new fans through his beautifully written book.

Michael produced many books over the years but ‘Finding Kate’ was a labour of love for him and it is what he is most proud of. He was initially a little anxious about how the book might be received, particularly from dedicated Kate Bush fans, but the book has been sold all over the world and the positive feedback we have been receiving back since the first copy was sent out has been quite phenomenal.

Michael found great joy in hearing from people who have said that the book has touched them or helped them in some way. Kate Bush fans have told us that they have read things in the book that they never knew about her before but also that they felt that they got to know a little bit about Michael through his writing in the book.

We will keep Michael’s legacy going and hope that people will continue to enjoy this book for many years to come. It is definitely what Michael would have wanted.

Finding Kate explores a selection of the author Michael’s favourite Kate songs which he has chosen from her extensive five decade long career, each one conceptually visualised as double page spreads with accompanying text detailing song facts, together with his own personal insights into the music – all beautifully digitally illustrated by Marius. The book is broken into five chronological chapters each covering a defined period in time, plus there will be other interesting Kate content related to her recorded work to date (we say ’to date’ because as fans we really hope there is more to come!).

As nearly all of the photographs that have been shot of Kate over the years are very familiar to fans through their constant use both online and in press, the aim of the book is to create vivid and exciting ‘illustrated visuals’ which will be new to fans. These ‘illustrated visuals’ will be based on original photographs (which we are licensing the rights and paying for) and which will connect with the text and visually explore the themes in Kate’s songs.

Like all of Kate’s own work, this book will be produced like a labour of love to the highest possible standard, both at the design and the print production stages. Michael and Marius alone will conceptualise, write, create, illustrate and handle the pre press stages of the book.

Finding Kate was launched on December 3rd 2021 and has been enthusiastically received by both the music press and fans of Kate Bush worldwide. It is currently in stock and ships immediately upon purchase.

This will be a large coffee table style book with a page size of 300mm x 300mm (12 inches square). It will be a premium production and will contain 96 pages of text plus a casebound (hardback) cover and be lavishly produced with illustrations of different styles to the following specification:

The book will be printed & bound to the highest standards by Printer Trento, one of Europe’s leading book printers based in Italy. 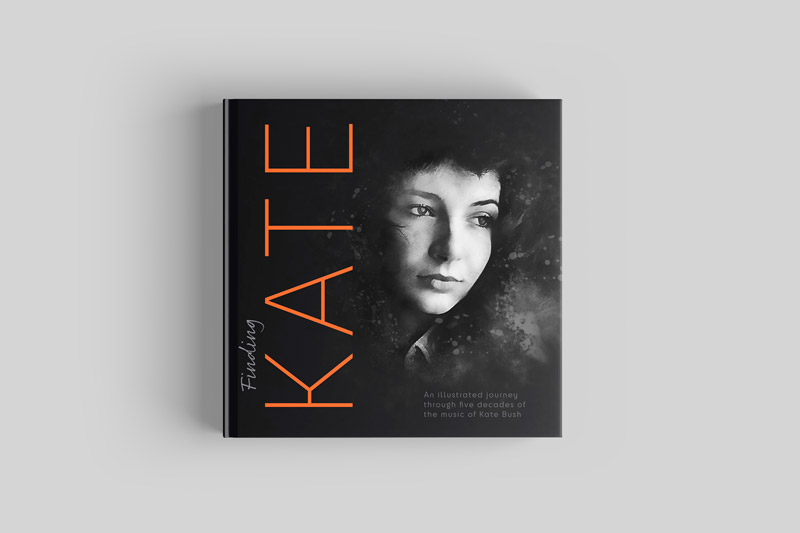 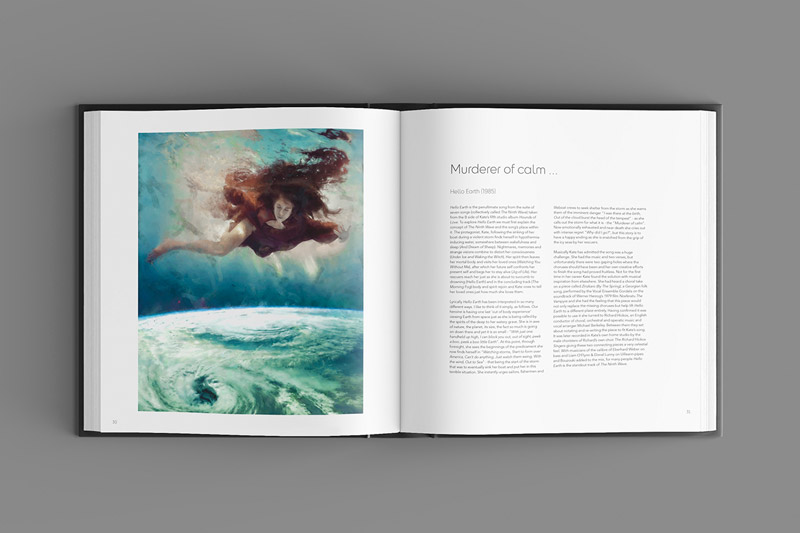 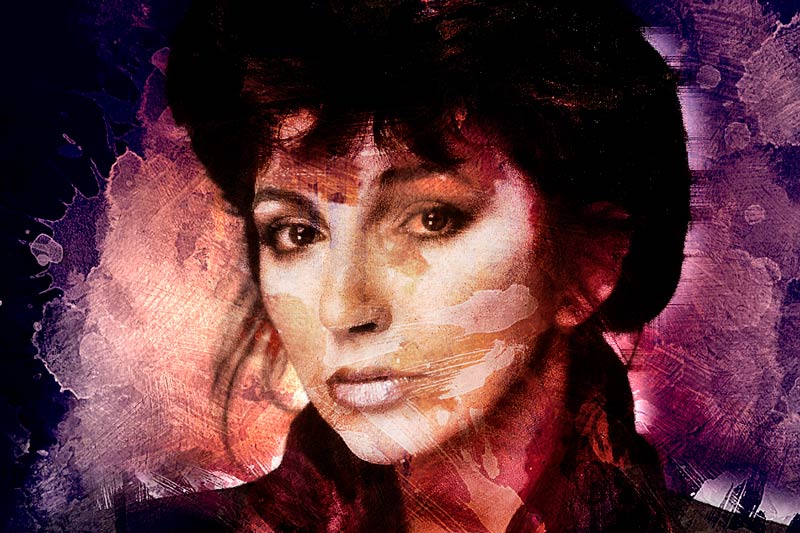 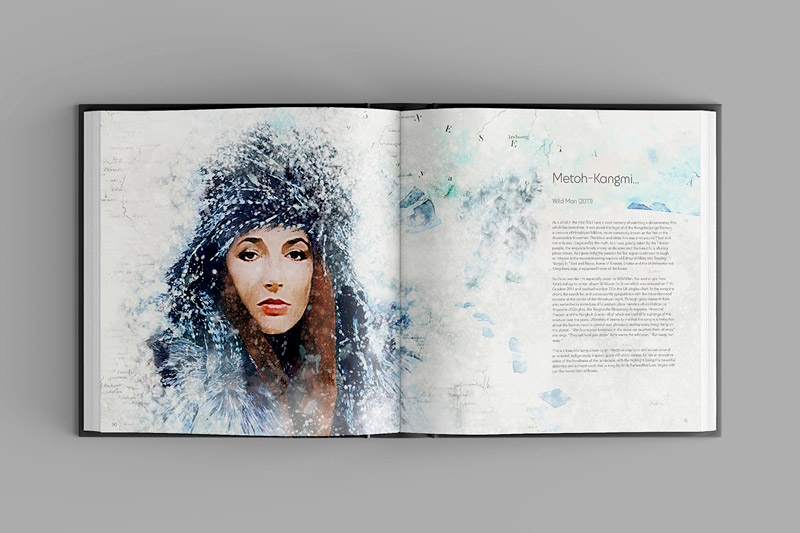 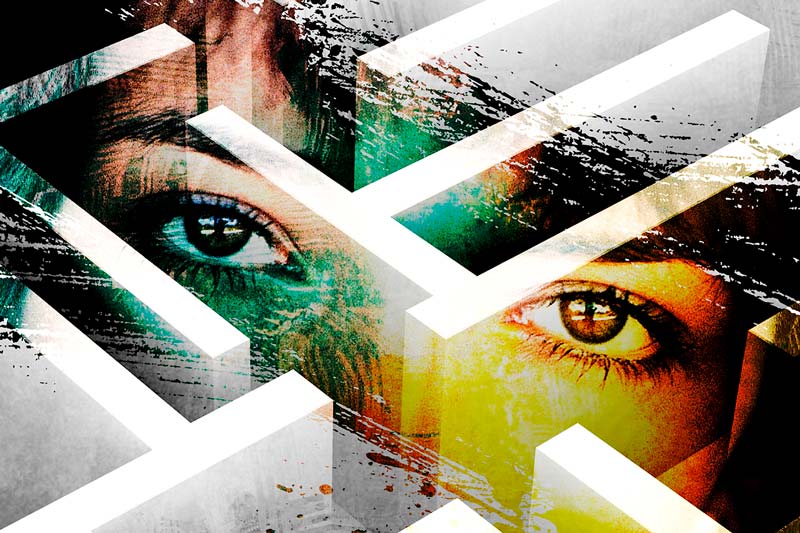 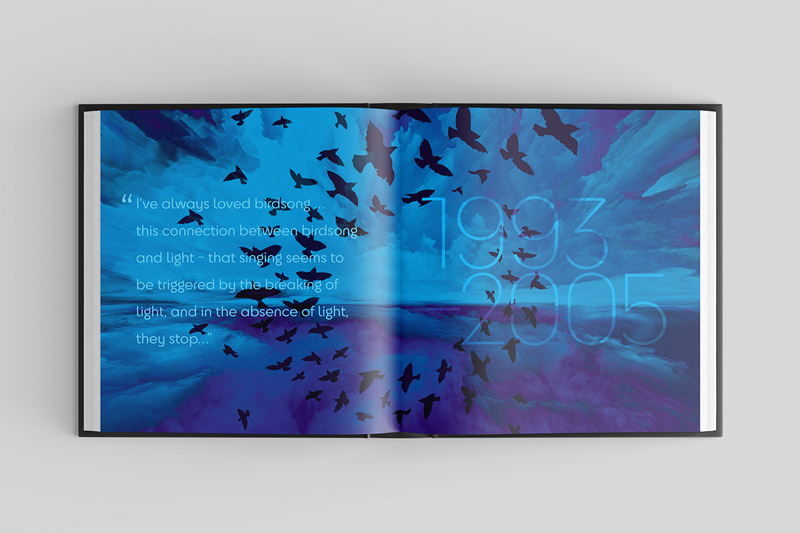 Since publication on 6th December 2021 we have been flooded with messages
like the ones below from Kate Bush fans worldwide who really love and appreciate ‘Finding Kate’.

I received my copy of ‘Finding Kate’ yesterday. I had high expectations, but they have been surpassed beyond belief: the book just oozes quality on all fronts. Thank you so much.

My book arrived today in Palisades, New York and I am just astounded at how beautiful it is! I did not realise it would have as much text as it does, so I am even more thrilled to dive into it! It’s a remarkable job … I would expect an invite for tea for you two from Kate once she sees the book, so be prepared! Congratulations.

Thank you Michael and Marius – the quality of the book, the amazing artistry and the celebration of Kate’s music was way beyond my expectations. So delighted with the song choices – plus there’s always room for a Volume 2 at some point? 🙂 Thank you so much and congratulations on your awesome achievement.

My book arriving today. And though I expected it to be nice…excuse my French but, F***ING WOW! It is beautiful!!!! I’ve only had time to browse through it quickly, but even just doing that astounded me and I found myself repeating, appropriately enough, Wow! – over and over again! Remarkably beautiful job – well done. Truly impressive.

I have to say everything about ‘Finding Kate’ is fantastic. As a graphic designer I can appreciate the work that has gone into this project. Your visualisation of Kate is always in line with the textual context, without looking tacky or obvious. The text is well thought out, well written and thankfully not just a repeat of other articles about Kate that have appeared over the years. The layout, font choice, line spacing, the use of white space etc is all top notch. I am very proud to own this exclusive book.

I just opened ‘Finding Kate’ this morning, and, WHAT A GORGEOUS BOOK!!! I love your writing, arrangement, the attention to detail & depth, and of course (let’s call it what it is) love – that seeps from every page. I’m sure I’m late in congratulating you and Marius, but I know I won’t be the last to thank you for producing something that’s sure to become the envy of every Kate Bush fan & collector! Gratefully.

The team behind this project are long term friends and creative collaborators Michael Byrne and Marius Herbert. Both hail from Dublin, Ireland and are a successful duo who during their work careers have won awards, praise and recognition for their work in many creative areas such as Graphic Design, Advertising and Publishing.

Michael has been a long time Kate Bush fan and an admirer of both her music and her unique creative spirit. Over the last number of years the pair have helped many people to realise their dreams and successfully self publish their own written work and Finding Kate is their first venture into publishing as authors. 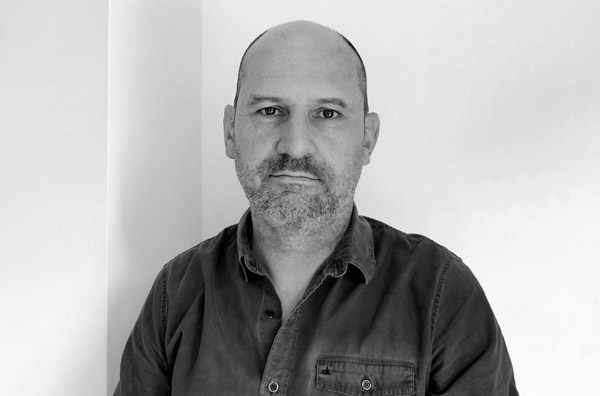 Finding Kate is being self published, promoted and marketed by the authors themselves and costs €39.95 per copy PLUS cost of delivery, and ships worldwide. Click the ‘PURCHASE HERE NOW’ button above to pay securely via our payment processing partners Stripe.

The cost of packaging and signed recorded delivery to anywhere in the world will be calculated at the checkout. We have tried to keep this to the lowest possible price we can, but we as a small, single book self publishing venture, cannot secure the large volume discounts from packaging & fulfilment specialists or delivery companies that the giants such as Amazon and Book Depository can get.Also we have just been informed of huge price increases (in the range of 50 to 100% plus) in the cost of Irish Tracked Postal Parcel Services which will come into immediate effect on January 1st 2022, particularly to some European, USA & Rest of World destinations, so unfortunately our prices for this element will be way more than you would ideally want to pay. We are currently looking to try and source alternate and cheaper ways to deliver to these destinations as we don’t make anything on the delivery element of your book and if we can achieve price reductions we will reduce our prices on the site immediately.

Have a question or need further information or clarification then drop us an email to:  [email protected] or alternatively fill in the form below and we promise to get back to you quickly 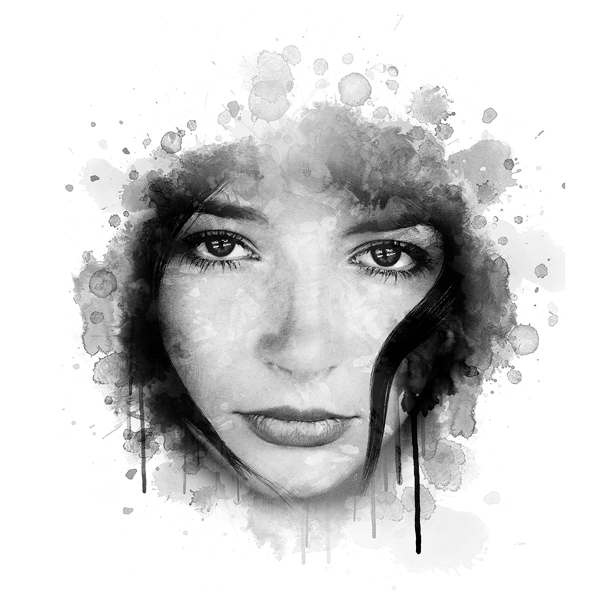